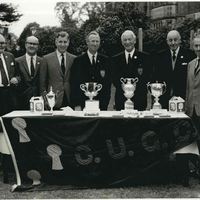 The officials prepare for the prize presentation
The winner, home club member BrianStockdale

1970-Draw for the Matchplay Championship at Sandiway 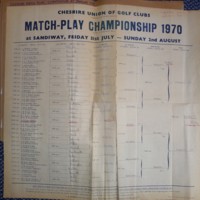 Draw and results for the Matchplay Championship at Sandiway

1973-A dinner to Cheshire's first centurion 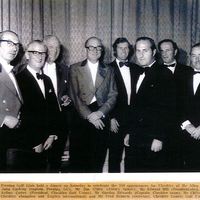 Allen Cliffe (Prenton) became the first Cheshire player to reach 100 caps. A dinner was held to mark the occasion at Prenton 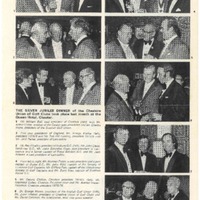 A Cheshire Life report on the CUGC Annual Dinner

1973-Boys team at the Four Counties 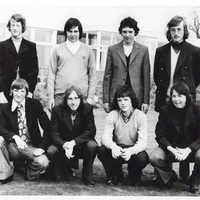 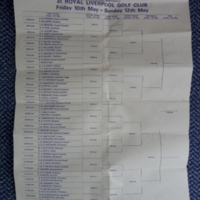 The Matchplay Championship was held at Royal Liverpool 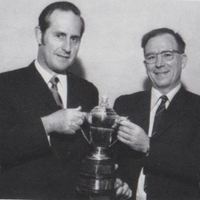 The winners, Allen Cliffe and E.F.Stephenson (Prenton) who won at Crewe 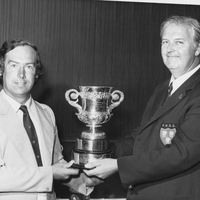 Played on the parched links of Royal Liverpool in the 1976 heatwave, home club member Robin Biggs prevailed over a large field. He is pictured with J F Hibbert (CUGC President) 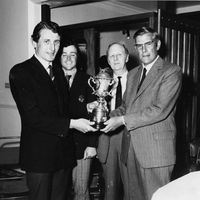 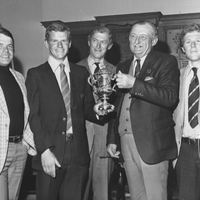 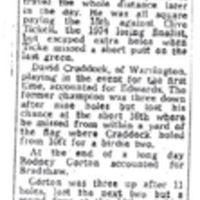 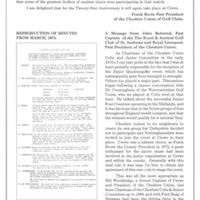 Established in 1973, this article marked the 20th anniversary of the event 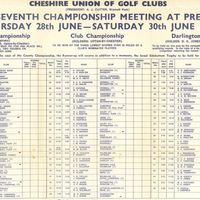 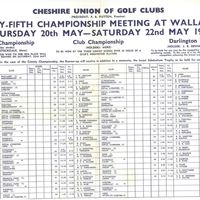 Wallasey hosted the championship in 1971, which was won by T.D. Frost with John Behrend runner-up 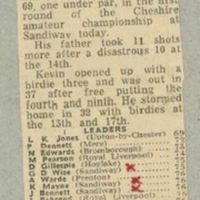